The Best Bart Show, a novel about current world affairs from the perspective of a pair of intrepid mercenaries, Harold Best and Bart Stewart, employed by a super secret cabal of millionaires and billionaires intent on pulling the strings that control, well, everything on the planet.

In the narrative, this clandestine organization, known only as “The Process,” has commissioned our heroes to do whatever necessary to prevent Iran from obtaining a super weapon, one capable of reducing the entire Middle East to rubble with a single keystroke.

The quest takes our duo and their team across Africa, Asia and the Middle East as they seek to fulfill their mission. 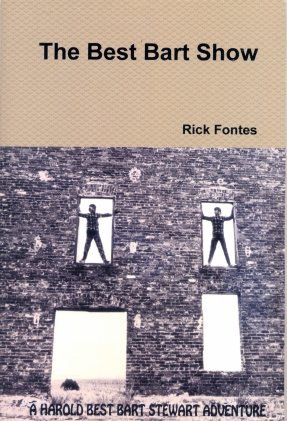 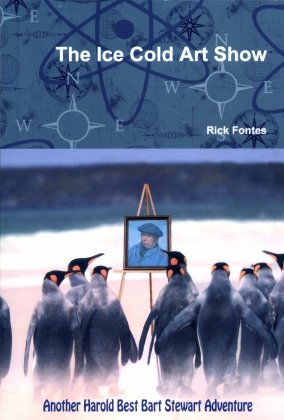 The Best Bart Show is currently being featured as a book promotion by Jason Cushman on his world famous blog site, Harsh Reality.  As an added bonus for those who are following this promotion I am offering a copy of the sequel to The Best Bart Show, “The Ice Cold Art Show” to the first five people who purchase The Best Bart Show from the “rixlibris” store on Amazon.  Those five purchasers will receive signed copies of both books for the price of the first one alone.

Please note, this deal is only available through the “rixlibris” book store as I have no control over any of the other sellers.

Retired from child care photography after thirty years of coaxing smiles and wiping noses. Currently venting years of repressed fictional story lines via self-published novels. Married and still alive in a remote corner of Waller County, Texas.
View all posts by rixlibris →
This entry was posted in Uncategorized. Bookmark the permalink.

1 Response to A BEST BART TWO-FER